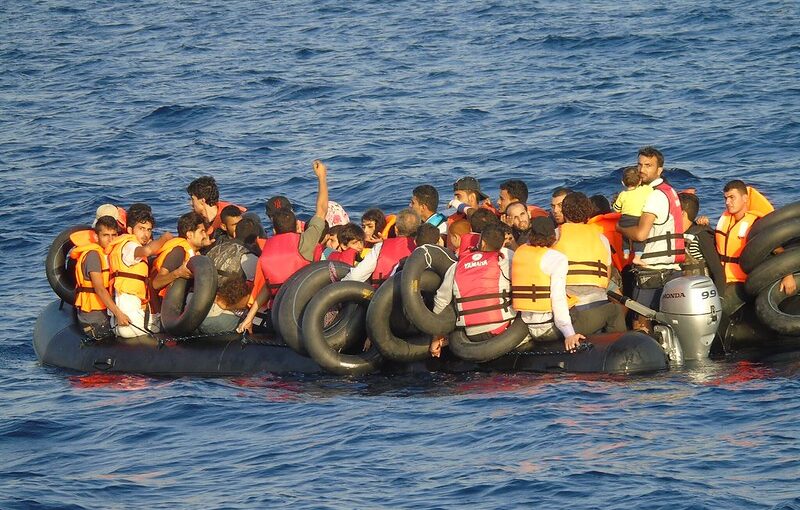 Mark is a researcher at Stop Wapenhandel (Dutch campaign against arms trade), who has in recent years focused, in cooperation with the Transnational Institute (TNI) on the militarisation and externalisation of EU borders, and the role the military and security industry plays in this.

Alejandra: Hey Mark, thanks for doing this interview! As a starter, could you tell our users what has been the most relevant information you have obtained through AsktheEU.org?

Mark: All of my requests have been made in the context of ongoing research into the militarisation and externalisation of European borders, and the role the military and security industry plays in this. I’ve made two kind of requests: broad ones, for example asking for all communications between an EU institution and military companies, and specific ones, like requesting a single document that was mentioned (but not published) on the website of Frontex.

The results of the first kind of requests have helped me getting better insight into relations with the industry, while the second kind has given me documents which help keeping track of developments in this field. I think the most relevant information I’ve got has been emails between Frontex and companies, showing the way these companies push their products and services, and a document on strategic considerations for Frontex’ strategy to purchase or lease its own equipment for border security and control.

A: Wow! Very interesting. How did you use the information? How did it help you in your professional work?

M: I’ve used the information as background material for writing reports and keeping an eye on new developments. In several reports I’ve quoted from documents obtained through requests via AsktheEU.org.[1]

A: And what do you think about the responses you received from European Institutions?

M: In general, it was okay, usually they are quite quick in responding and sharing documents, compared to responses by Dutch institutions, which always try to delay everything as much as possible. In my requests to EU institutions that happened only once.

When it comes to the content of responses, I’m happy with the specific documents I got (except for one refusal), though I highly doubt I got all the relevant documents in response to my broader requests.

A: Have you ever filed a “confirmatory application” (an administrative appeal)? If so, how was your experience?

M: Yes, once, when I got no replies or very vague delaying answers from the Directorate-General for International Cooperation and Development. I think that was communicated back to them, because I never got a formal reply to the confirmatory application, but did get a response to the original request from the DG.

M: No, because it wasn’t needed.

A: Why would you recommend this online platform to other citizens?

M: Because it helps formulating requests and getting them to the right institution, which for me was very helpful especially when I did my first few requests. And also because the requests and responses by the EU institutions are publicly visible, which I think helps in getting good responses and in making information available for more people. I also found information that was useful for my research by just looking through requests others have made.

A: Thank you very much, and keep up the amazing work!

[1] Reports Mark has written for which he used information obtained via AsktheEU.org include:

Expanding the Fortress: The policies, the profiteers and the people shaped by EU’s  border externalisation programme

The Business of Building Walls