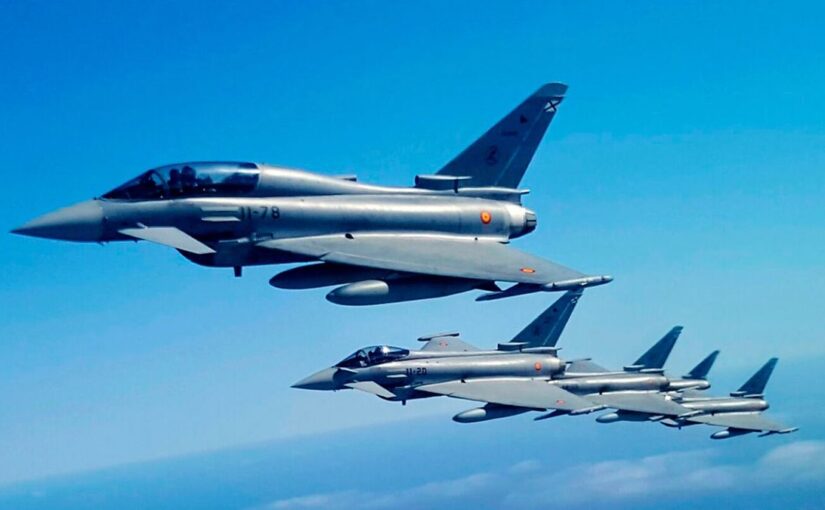 Bram Vranken is a researcher and campaigner with the Belgian peace organisation Vredesactie. He works on topics related to arms lobbying in the European Union and the international arms trade. 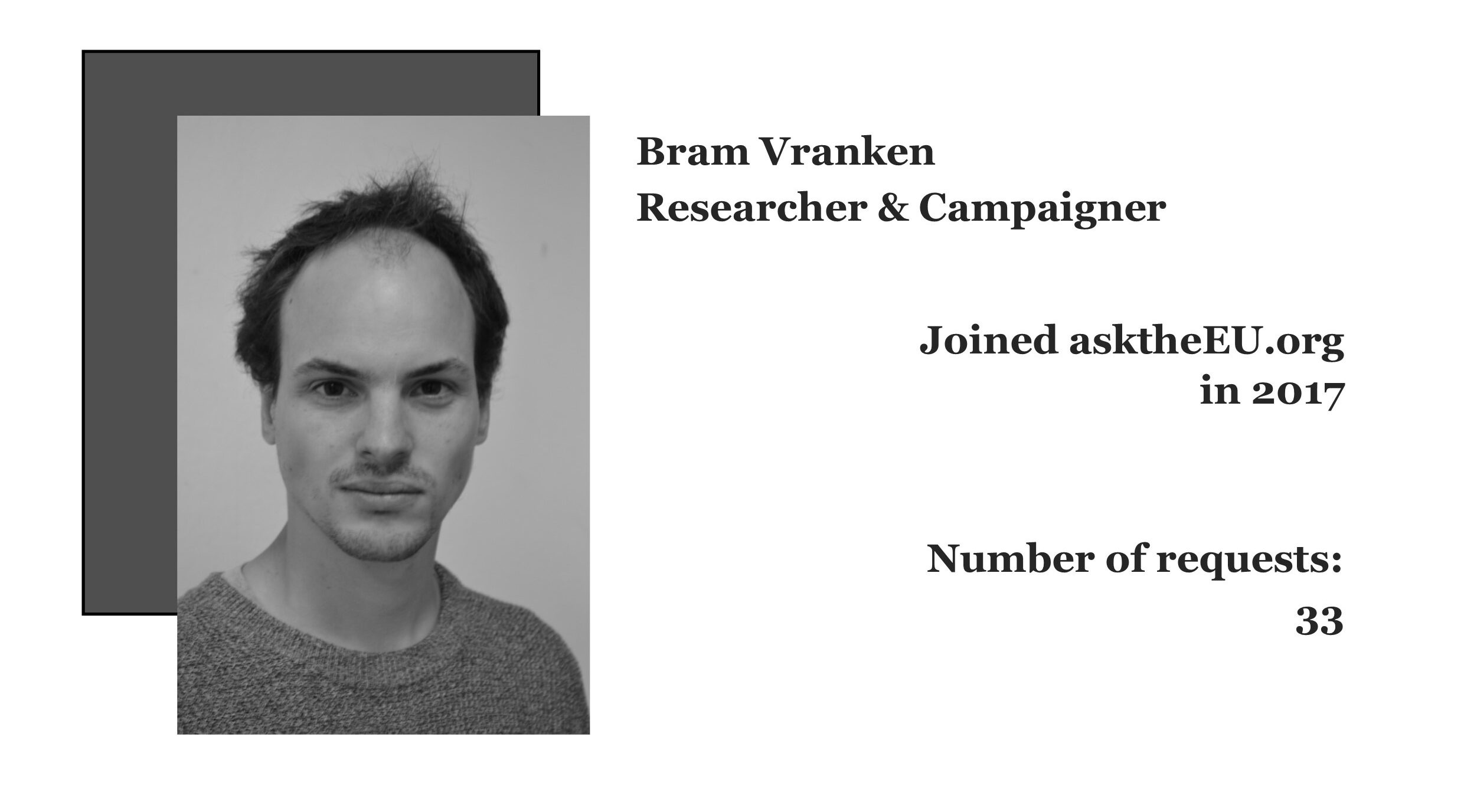 Alejandra: Hi Bram, great to talk to you today. To start off, could you tell me what has been the most relevant information you have obtained through AsktheEU.org?

Bram: In 2016 the European Commission took the unprecedented step of setting up a military research programme. While the European Union has long tried to support the defence industry, this was the first time in its history that the EU was trying to directly give funding to this industry. With the Belgian peace organisation Vredesactie, we knew that lobbying from the defence industry was fierce. A European Commission advisory body, called the Group of Personalities, was largely dominated by the arms industry.

We didn’t have any insights however of the behind the screen lobbying by the defence industry. After several Access to Documents requests through the AskTheEU.org website, we were able to obtain a large batch of documents showing the extent to which the defence industry, the European Commission and the European Defence Agency had been engaging with each other in order to set up the 13 billion euros European Defence Fund. This clearly raised concerns about the undue influence of the arms industry on EU decision-making processes.

A: How did you use the information you obtained? How did it help you in your professional work?

B: In 2017 Vredesactie published the report “Securing Profits: how the arms lobby is hijacking Europe’s defence policy” which was largely based on the result of these access to documents requests. The report highlighted the incredibly close relationships between European institutions and the arms industry.

The report was able to raise a debate about the level of transparency in the media and in some cases led to increased openness by EU institutions. More than a thousand scientists and more than a hundred thousand citizens signed an open letter denouncing the EU plans for a European Defence Fund.

A: What do you think about the responses you received from European institutions?

B: Extremely poor. Responses are almost always late and incomplete. Defence issues are notorious for their lack of transparency. Often even the most basic information is withheld behind a veil of national security. In the EU, this lack of transparency is exemplified by militarily sensitive documents being exempt from access to documents laws. Because the extent of this exemption is unclear, it is often misused to refuse any requests related to defence issues.

In the case of the EDA for example, the European Ombudsman concluded some years ago that there were “systemic issues” and “shortcomings of the relevant systems” in answering access to documents requests. It was only after the Ombudsman investigation that the EDA updated its procedure for answering requests.

A: Have you ever filed a “confirmatory application” [an administrative appeal]? If so, how was your experience?

B: The European Ombudsman is fortunately a great ally in the fight for increased transparency and accountability. While the process can be long, an appeal with the Ombudsman is often worth the effort.

Just to give an example: the European Defence Agency has rolled out several military research projects in the last couple of years worth millions of euros. These projects are controversial, involving military artificial intelligence, so-called swarm systems and other kinds of military drone research. Vredesactie filed an access to documents request through the AskTheEU.org website asking for the legal and ethical considerations done in the case of these projects. The EDA was very hesitant to give any insight in these reviews citing commercial interests of the defence companies involved. The Ombudsman decided that “the public has, in principle, a right to be adequately informed about the content of projects financed using public money, including the assessment of their possible ethical, legal and societal implications.” Shortly afterwards the EDA made these reviews publicly available.

A: Why would you recommend this online platform to other citizens?

B: AskTheEU.org is a great tool. First of all, it is a very user-friendly way to file access to documents requests. But it is also much more than just a tool. It is a huge database of all the results of access to documents requests ever filed through the website, which provides a wealth of information. The information is immediately accessible not just to the initiator of the request, but to everyone who might be interested. At the same time, it is a great learning tool as you can easily browse through requests and learn from the experiences of your predecessors. For anyone directly or indirectly involved in the fight for increased transparency, it has made life a great deal easier.