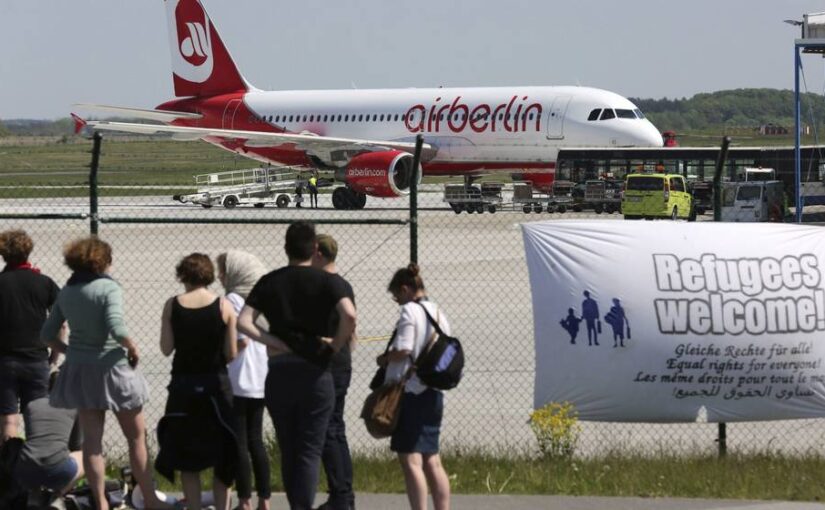 Adrián Blanco Ramos is a graphics reporter at The Washington Post. He previously worked as a data journalist at El Confidencial, focusing on data visualization, data analysis and investigative journalism. He participated in the International Consortium of Investigative Journalist’s Paradise Papers investigation. He also interned at the Spanish international news agency Agencia EFE, Radio Televisión Española and the Times of London.

Alejandra: First of all, thank you so much for taking the time to talk to me today Adrián. The first question I have for you is whether you could tell us about the most relevant or interesting information you have obtained via AsktheEU.org.

Adrián: For me, the most interesting bunch of requests that I’ve done through AsktheEU.org were those focused on how the European Union was deporting what it considered illegal immigrants in Europe. So I did around 4 requests in a row during a whole year trying to get more information about it, and asking from which countries and to which countries immigrants were being deported.

I did so in order to have a sense of how many people were being deported to their own home countries, if the authorities were doing it the right way, and to try to see some trends such as who were these people, why they were being deported, and so on. So, I would say that was the most interesting topic I tried to get information from the European Union. I have also filed requests for the TTIP – the trade agreement that never happened at the end between USA and Europe – but the deportations’ topic was the most interesting one, and at least for me, the one that I’ve worked most by using this platform.

Alejandra: Indeed, that is a very relevant and interesting topic. Were you able to obtain the information you were looking for?

Adrián: Well, the answers were partial because I asked for probably 15-20 different variables of information and what I got were the locations of where the immigrants were, what countries the EU sent them to, and their nationality – which was interesting because in a very few cases these immigrants were sent to countries that were not their home countries. So, although I didn’t receive enough information to come to a conclusion about the whole situation, I was able to get information on how they were deported and to which countries, and the trend Frontex was following to deport them.

I was also interested – and that’s something I couldn’t get – in knowing which companies were being awarded the contracts in order to fly the immigrants to their home countries. So, at the end I couldn’t get as much information as I wanted, but at least I got partial information which allowed me to show the general picture of what was going on.

Alejandra: Were you then able to use this information in your professional work by writing an article or an investigation about it?

Adrián: Yes, regarding deportation I published two or three stories focused on this, and I used the data obtained through AsktheEU.org, so it was really helpful because otherwise I wouldn’t have been able to write a story like that, basically because I wouldn’t have had the information.

Alejandra: What did you think about the answers you received from the European institutions? Were they willing to give you the documents, were they not, was it easy, was it not?

Adrián: It depends on the request. For example, I remember that for the TTIP request it worked fine, it didn’t take too much time for them to reply – it was about the meetings that the EU was having with USA’ representatives and the topics they were discussing. So in that case, although I thought it was going to be more problematic because it was a kind of “secret negotiation”, it was not very difficult because at the end they released some information on what days and where they met and a general description of what they talked about.

On the other hand, in the case of Frontex –  and I’ve always had this problem with Frontex – in general either using AsktheEU.org or requesting info via their portal, it’s always difficult to get a comprehensive response and to get all the information you are asking for. Also, I think they took longer than other agencies to answer and the process was pretty tiring since they ask to provide your ID in order to confirm your identity. So in this case they were constantly asking for the ID, I guess to try to make a more complicated bureaucratic process.

I also know for sure that although they provided me with part of the information, they didn’t provide me with all the information they had, because another source showed me how is the report they fill and it had much more information than in the one they sent me. I’m not sure if that has changed because I’ve seen that more reporting has been done on Frontex’s deportation flights recently, so I don’t know if they are reporting new information or if it is the same information that I obtained two years ago.

Alejandra: Did you have to file any confirmatory applications?

Adrián: No, no, I never did it. At the end I obtained more or less the information that I was looking for, and in terms of timing in journalism and reporting I got at least partial information, so I could tell a partial story about that and I decided to publish. I basically never did it because it takes a really long time at the end.

Alejandra: Finally, why would you recommend this platform to other journalists?

Adrián: In my case, I think that it is a very useful platform because, although I haven’t used it in a while (I now live in the USA), it is very useful if you are covering European affairs and national affairs within the European Union. Although sometimes some agencies aren’t very helpful and don’t want to provide information, at least the European law of access to information is better than the national laws in some countries, so that can help you obtain some information you wouldn’t obtain otherwise.

Another big reason why I recommend you AsktheEU.org is because it helps you – especially considering how messy in general some reporters and journalists are, to keep track of your requests – to have a comprehensive interface in order to know the deadlines of when you are supposed to receive the documents. It also sends reminders when some request is over and at the end is a tool that helps you to get the information that you are looking for.

Apart from that, in terms of working and workflow to get your job done, it is helpful in order to look for examples or to get ideas, to see other stories that other people have worked on and have covered. Sometimes you are interested in some data that is not publicly available but maybe it’s on AsktheEU.org because someone has asked it before on the platform. So it also helps to find information that has already been asked, not to repeat the same request and go further and ask for more interesting or more comprehensive information of what has already been asked for.

So, I would say that in terms of time management, help you to get your job done and of course getting more ideas it’s a really helpful platform. I understand too that there’s the other side, because I know some colleagues who didn’t like to use this platform, because since it is publicly available they were worried that some other person may use their obtained information. And yes, someone could be checking if you got the information and they can get it as well, but at the end you’ve got the story and you’ve got the lead, you have the thesis and this data is going to help you to tell the story. So, I wouldn’t worry if this information is publicly available for everyone, because at the end this is also the final purpose, that anyone can go there, get the information and know what’s going on.