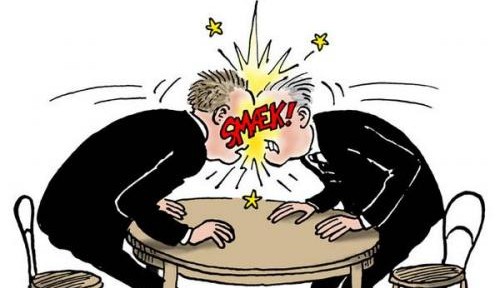 With the European Parliament standing firmly in favour of greater transparency for citizens, and the European Commission pressing for amendments to the Regulation that would exclude entire classes of information or narrow the definition of a document, the agreement hinged on an agreement between the 27 Member States meeting in the Council.

But divisions between the Member States were so acute that the Danish Presidency has abandoned the file after six months of intense negotiations. The public is not allowed access to the positions of each individual Member State in the Council (a practice being challenged by Access Info Europe before the European Court of Justice), but government and Council sources involved in the negotiations report that a majority of Member States – particularly large countries including France and Germany – either support the Commission’s approach or have been proposing further transparency-reducing amendments.

With the key players in polarised positions, it was clear that the current version of Regulation 1049/2001 is of a higher standard and that the compromise necessary to reach an agreement required sacrifices, which neither the European Parliament nor the Danish Presidency are willing to allow.

The collapse of the negotiations on reform Regulation 1049 means that the existing rules will stay in place, but it leaves two outstanding issues.

The first is whether some reforms are needed to comply with the Treaty of Lisbon, which obliges the EU institutions to take decisions “as openly and as closely as possible to the citizen” and which requires a transparent legislative process. The European Charter of Fundamental Rights also now recognises the right of access to EU documents “whatever their medium”, as a fundamental human right. At the very least the Treaties extend the scope of the right of access to all EU bodies and it is not clear whether this requires a legislative amendment to do away with current discrepancies such as different time frames for different EU bodies.

The second issue still up in the air with the negotiations abandoned is the Commission’s 2008 reform proposal, which remains open for any Member State to pick up again once they reach the Council Presidency. Access Info Europe is concerned at this “loose end” which leaves room for less transparency-friendly countries to push through regressive reforms if the Commission does not withdraw the file.