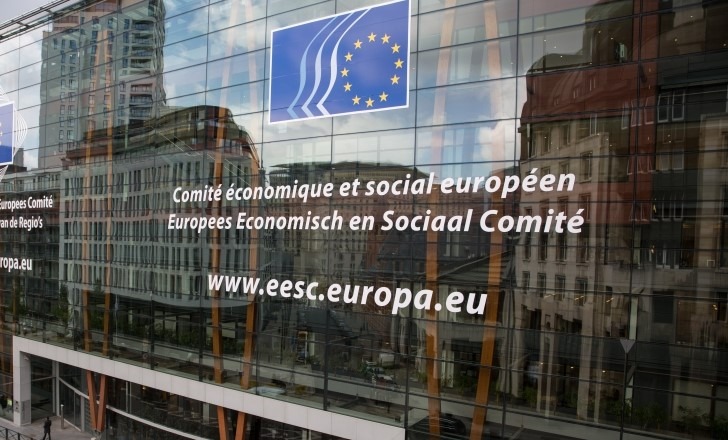 Nikolaj Nielsen is a Danish-born journalist who has been working at the EUobserver since 2012.

Alejandra: Thanks for taking the time in talking to us, Nikolaj! We first wanted to ask you about the most relevant or interesting information you have obtained via this platform. Could you talk to us about it?

Nikolaj: I think the most interesting information I have obtained was managing to get insights into allowances – daily allowances or “per diem” – of EU officials who work in Brussels. These allowances are normally reserved for travelling or hotels, but through your website I was able to help collate EU officials who actually live in Brussels and are yet securing these daily allowances even though they’re living here and maybe their office is about 3km away from the meetings they attend elsewhere. So I did an investigation into that and through your website I was able to keep everything together in one place, which was super useful. I think that was one of the most interesting stories I’ve got.

A: Wow! Very interesting. Did you then use that information in your professional work?

N: Yeah sure. I wrote an investigative article about this which was published, and it got people upset, especially those who control the budget in the European Parliament. They were saying: “What is going on? How is this allowed?” and so now MEPs are asking questions and there’s a debate going on about it.

The institution I was researching was a small institution, it’s called the European Economic Social Committee; nobody knows anything about it, and because nobody knows anything about it, nobody looks into it. And I said: “Wait a minute, I’m going to look into it”, and it is extraordinary because a lot of people who do work in this small institution – some of them work in trade unions, others are lobbyists – use their per diems for something else than travelling for work. For instance, I spoke to one of these individuals who told me that she uses her allowances to pay for her apartment in Brussels.

So, you know, it’s controversial and I was able to figure out that a group of about 30 of these people living in Brussels collected something like 1.5 million euros in allowances that are normally used when people travel, which if you are living and working in Brussels, doesn’t make much sense… but they don’t seem to see it that way.

A: Now that we are talking about European Institutions, what’s your feeling with the answers you are getting from them? Are they always willing to give you the information you request? Do you think they are transparent?

N: The European Economic Social Committee at the beginning did provide me with all the details when it came to allowances, but I realized that after I wrote that article, when I went back to ask for more information, they shut up, so now it’s all about privacy issues and they can’t tell me anything anymore. So it’s really interesting to see how they react once you reveal something like that.

When it comes to the European Commission, it’s different. For instance, yesterday I received a response on a request that I made about a meeting held between the European Commission and G4S, which is the world’s largest private security provider. It was a meeting held in 2016, I got the response yesterday, and it’s ridiculous. It’s basically pages and pages of blanked text, like big blocks of hidden text. I think it’s pointless for them to send the information in this way, they should just say they cannot give it to me… however, they still send it. It’s interesting in the fact that they blank all this information, even the page numbers are blanked out, which does not make sense. So, the European Commission when it comes to this case of G4S is terrible, absolutely terrible. And the issue is that now I will need to ask for a review [an administrative appeal], and this takes another 2 or 3 weeks, and then I will need to go to the European Ombudsman and then follow up.

Another frustrating situation is the one with Frontex, as you have to send them your ID card, and you have to give different personal information. I only did it once but it was really an exercise of frustration. Sometimes I get the feeling that they put all of these barriers so that you just give up. I think that’s their strategy. But this pushes me more, it motivates me to continue basically because I can’t let it go. Eventually, they will have to release something. Whether it takes three weeks or six months, or one year, eventually they will.

A: We completely understand you in this. We are having the same issues when requesting information, they are even not replying through AsktheEU.org anymore. That’s really good that you keep pushing on this!

A: You were mentioning the appeal process before, talking about having to ask for a review. Have you ever filed confirmatory applications [administrative appeals] before this one? Or even go to the European Ombudsman or the European Court of Justice?

N: Yes, I have done it with the European Economic Social Committee case. I have asked the Ombudsman to intervene. This is because after I wrote my investigation, which revealed how this small institution abused public money, they clammed up, so I had to go to the Ombudsman, which is currently mediating with them on my request.  I think that the appeal process is something that I’m going to have to use more and more often and I might even have to appeal the recent Commission reply on the G4S meeting, given that the Commission gave me absolutely nothing, since they gave me pages of black boxes basically.

A: We wish you all the best with that. Finally, would recommend this platform to other journalists?

N: Definitely! It’s been such a help. Also because what I really love about your platform is that you can do a kind of “google search” within it. So it’s really a repertoire of information that is already there so you can see what institutions have already responded instead of always having to re-launch new requests, when the information that you want may be already there, so it’s a great tool. And to have all the information collected in one spot, is really super helpful. So I definitely recommend it!

A: Well thank you so much! And thanks for contributing in trying to make the European Union more transparent by doing access to documents requests! We hope to continue seeing your requests in AsktheEU.org!