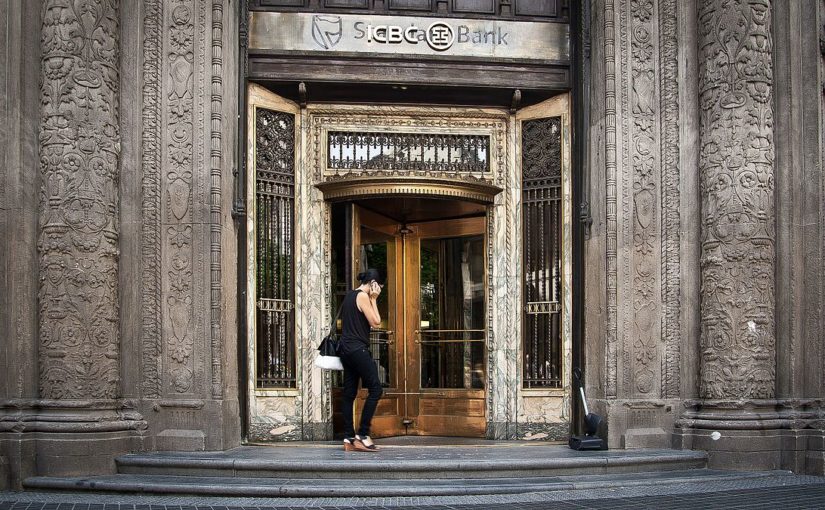 Vicky Cann is a campaigner for Corporate Europe Observatory, a research and campaign group working to expose and challenge the privileged access and influence enjoyed by corporations and lobby groups in EU policy making. Vicky makes access to documents requests through AsktheEU.org to expose potential conflicts of interest or highlight where the EU revolving door rules have not been followed. She spoke to Andreas Pavlou of Access Info Europe about her experiences.

Thank you Vicky for taking time out to speak with us about your experience with AsktheEU.org and access to EU documents. You often make requests to EU institutions using AskthEU.org. Are you investigating something in particular?

Yes I am. One of the reasons I send requests is because the Commission, as well as other EU institutions, are not transparent enough in their work. I have made requests asking for documents which should already be online and for one reason or another are not already available, or which are hard to find.

For example, I and my organisation Corporate Europe Observatory (CEO), make requests for the minutes of meetings with lobbyists to find out who is lobbying on a particular issue, what they are lobbying for, and what is being said in these meetings. Since none of this information is proactively published at the moment by EU institutions, we have to make access to documents requests in order to obtain it.

But the main area in which I focus my access to documents requests is on the issue of revolving doors – when there is a risk of a conflict of interest from staff leaving the EU institutions for a lobby job, or joining the EU institutions from a lobby job or other jobs which could provoke the risk of a conflict of interest. For us there is a big concern about how the EU institutions deal with this as there is no proactive transparency on the issue, there is no list of incoming or outgoing staff, nor is there transparency about when the Commission has applied its revolving doors rules and made a decision.

So when I hear about specific revolving door cases, I ask the Commission about them. It is a laborious and time-consuming process but it is the only way to get such important information into the public domain because it is not proactively made available. There could be hundreds of Commission revolving door cases each year but we only get to hear about a small percentage of these.

So it seems the EU doesn’t proactively publish much information that would be useful for your work. There must be benefits therefore in filing access to documents requests? Have you also encountered refusals to disclose information?

My view is that since EU institutions take decisions for 500 million people, it is vital that they be as transparent and open as possible, and that as much information as possible is published.

We at CEO use AsktheEU.org because it enables us, in an easy way, to make sure that when we do get information from the European Commission or Parliament, it is immediately available online for others to use. Ideally, EU institutions would proactively publish this information, but since they don’t, it is right that we ask them for it.

Another benefit of access to documents is that it can help us to identify wrongdoing and enables us to perform our watchdog role. On occasion, forcing the Commission to be transparent when sometimes they don’t want to be has helped us to find out about lobbying that is going on in secret. In some cases, demanding transparency has shown us that there isn’t a problem where we had concerns that there might have been, so it can benefit all sides.

There are however, disadvantages to the access to documents regime currently in place. The lack of transparency of EU institutions in general makes accessing documents tricky because you need to know what you are requesting. Since there is little or no proactive transparency surrounding the issues we work on, we sometimes have to ask very general requests because we have no idea of the names of specific officials, or who was in particular meetings etc. Sometimes EU institutions such as the Commission try to reject those requests or narrow them down in a way that is not helpful.

I get the impression sometimes that EU institutions purposefully don’t keep notes and don’t create documents, so that there is no record or document that can be requested! For example, we recently were told by the Commission there were over 400 meetings between certain dates with Commission Directorate General for the Internal Market (DG MARKT) and lobbyists from the finance industry. The Directorate General, however, refused to provide minutes for these meetings, saying “regarding the minutes and reports of these meetings, we have a system of internal debriefing, which does not give rise to formal documents“. For us it seems strange, and wrong, that if the Commission is meeting that number of lobbyists about the sensitive issue of financial industry regulation, there is no proper record of it.

With regards to the revolving doors issue I work on, very often the Commission responds that personal data is a reason why they can’t release certain documents. We think this is interpreted in a way that is too limited. We don’t want dates of birth, telephone numbers, or officials’ email addresses, but when officials leave the Commission for another job, and when the job has been ruled to be acceptable, or not, according to the revolving doors policy; if they have placed restrictions, then we think that information should be made available and that we should have access to those documents with only the very private data redacted.

Can you tell us an example of something really interesting that you found out after requesting?

At CEO, we always find it interesting to learn about the facts and statistics regarding EU meetings with lobbyists.

It is also interesting to see confirmatory applications (appeals) leading to the disclosure of information that originally was refused. We even have taken complaints about refused requests to the EU Ombudsman who has then asked the EU institutions to release information. When documents are repeatedly kept secret, it makes us even more determined to try and get it!

In the case of revolving doors rules not being followed, we have used the right of access to documents to prove it. We sent a complaint to the EU Ombudsman involving a number of cases and in her conclusions, the Ombudsman made clear that she thinks more information on revolving doors cases, particularly of senior officials, should be in the public domain, and that the Commission has not always been correctly applying procedures.

Using our right of access to EU documents was really instrumental in drafting that complaint and helping the EU Ombudsman to draw conclusions which should now lead to improvements in how conflict of interest rules are applied in practice! That’s the real win.

It is great that you can get some interesting information from the EU if you ask for it. Can you give an example of what have you done with such information you have obtained after an access to documents request?

Otherwise for CEO more generally, access to documents are our bread-and-butter and whenever we find out something interesting or useful we publish it on our website, like on those 400+ finance lobby meetings with DG Markt I talked about earlier.

Finally Vicky, what advice would you give to other people or NGOs that are interested in investigating EU policies or decision-making using AsktheEU.org?

I recommend using AsktheEU.org, firstly by looking at other requests, how they are phrased, what information has been disclosed, and what is already available. Since it publishes everything online automatically, it is a useful public resource and helps to increase the number of publicly available documents from EU institutions.

Secondly, if there is something you have always wanted to know, why not ask? The right of access to documents can be used to expose problems within institutions, but it can also be used to expose the myths about the EU that are often used by those who don’t like it.

We should always remember that everyone has a fundamental right of access to EU documents and, as citizens, we have a right to know what is going on in the EU institutions. AsktheEU.org enables us to exercise this right effectively.

One thought on ““If there is something you have always wanted to know, why not ask?” – Interview with Vicky Cann”