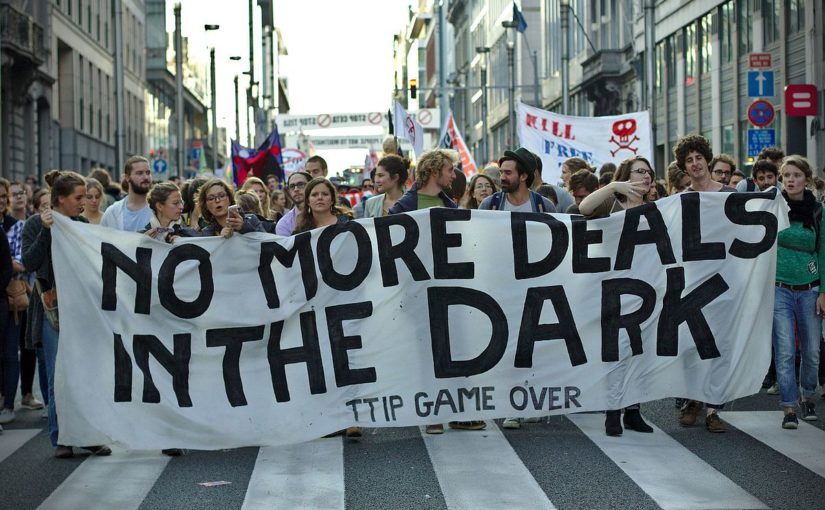 The biggest free trade deal in the world, between the EU and the US is being conducted in secrecy behind closed doors, right now!

We, citizens of the EU and US, are being shut out from these negotiations about future rules which will govern our daily lives, including the quality of our food, consumer protection, and chemicals safety, despite EU treaties saying “Decisions shall be taken as openly and as closely as possible to the citizen.”

[UPDATE 20/11/2014 – The Commission has said recently that it will disclose documents on TTIP to all MEPs, but the Commission still does not seem to be willing to disclose them to the general public!]

Join us in demanding that the European Commission releases full information about the TTIP as well as in response to requests submitted via AsktheEU.org!

Click on “I also want to know” on the requests below, and let the European Commission know how many people are also calling for TTIP transparency.

There are social, economic and environmental consequences from these negotiations which will affect us all.

So take action now and show your support for TTIP transparency!

Get tweeting and spread the word!
Copy and paste these suggested tweets:

Access Info Europe, together with 250 organizations in Europe and the United States, has called for the negotiation process to be open to the public and for access to documents submitted by the EU during the TTIP talks.

The European Ombudsman stated that in order to enhance the legitimacy of the TTIP negotiations, more documents need to be published proactively.